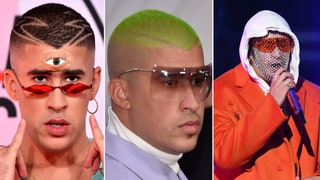 Before he was an international style sensation and designers were sending him runway pieces, Bad Bunny was sneaking into his father's closet to borrow his special church shirt, taking trips to the mall with his mom, buying sunglasses at the gas station, and getting inspiration from the Cartoon Network. (OK, maybe he still does the last two.) In his own words, this is a look at how a boy from the Puerto Rican countryside upended social paradigms about masculinity and brought some fun (hair, makeup, nails, and fashion fun) to the men's department — and the world.

No comments to show.